The JDM meeting is an annual event organized and run by PhD students for other early-career researchers in the judgment and decision making community (psychology, economics, cognitive sciences, neuroscience, and other associated areas).

PhD students and early postdocs are invited to present and discuss their research ideas with peers in an open and informal atmosphere.

How: submit an abstract or a paper for a talk at decision-workshop@gmx.de

Ryanair offers many flights to and from Milan Bergamo airport all around Europe. From there you can take a shuttle bus to Milano or Bergamo. Both cities offer convenient options to reach Trento by train . The trip takes approximately 3.5 hours. Another option is to take a FlixBus which goes directly from Bergamo airport to Trento (the trip takes around 2.5-3 hours).

Milano Malpensa airport is the largest international airport in northern Italy, offering flights from numerous locations all over the world. There are train and coaches going directly from the airport to Milano centre (such trip takes around 50 min). From Milano central station you can take the train to Trento, with a change in Verona.

It is a small airport situated around 30km outside Venice. The nearest train stations are in Treviso or Venice and you can reach them with a shuttle bus . From there you can take a train to Trento with a change in Verona (trip takes approximately 3 hours).

This is the nearest airport to Trento, though offering limited number of flight destinations. The shuttle bus bus can take you to the main station in Verona (Verona Porta Nuova), from where the most convenient option is to take a train to Trento (it takes around an 1-1,5h to reach Trento).

Venice Marco Polo airport is situated just outside Venice and offers easy connections with the main stations in Venice (trip takes approximately 3 hours). There is also a FlixBus route going directly from the airport to Trento.

Bologna airport offers another possibility for a convenient connection to Trento. You can reach central station by a shuttle bus. A train trip from Bologna to Trento will take 2-3 hours, depending on selected route. There is a direct FlixBus route to Trento as well.

The nearest airport to Trento outside of Italy is located in Innsbruck. From there, a trip to Trento by bus (FlixBus ) or train will take around 2.5 hours.

For people travelling from Austria, Switzerland, or South of Germany (namely, Munich) another possibility is to take a train (you can check information on Austrian , German, Swiss, and Italian service providers) or use FlixBus. If you prefer to come by car, as a reference, Trento is less than 4 hours from Munich.

Title: Strategizing and Attention in Games

Title: Measuring Skills and their Role in Developing Countries 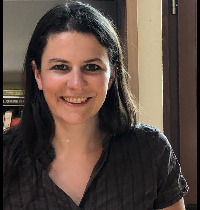 Workshop: Measuring Electrodermal Activity and its Applications in Decision-Making Research